Dealing with a burst pipe? Call Magic Plumbing for the most reliable and efficient San Francisco burst pipe repair services. Call 415-441-2255 today for help. Save on your next call with our deals and coupons. 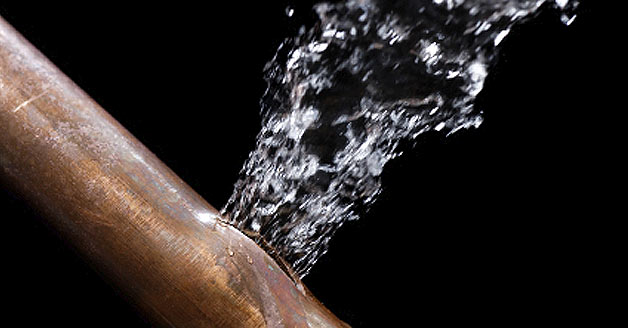 Nothing is more dreaded than a homeowner discovering a burst pipe. Within minutes a burst pipe can cause extensive damage and flooding. When dealing with a burst pipe, trust the name in San Francisco, CA known for their efficiency and skill. Call the professionals at Magic Plumbing.

Take a look at what your friends and neighbors are saying about us in our reviews page.

The Main Cause for Burst Pipes

A burst pipe can happen anywhere at any time. But the most common cause for a burst pipe is pipes freezing. When your pipe freezes, it isn’t actually the pipe, but rather the water in the pipe. Pipes exposed to cold temperatures have the chance to freeze the water. As the water freezes, it expands, putting extra pressure on the pipe walls. This extra pressure eventually creates a rupture and causes burst pipes.

Another cause for burst pipes are pipes that have been corroded or weakened by the use of chemical drain cleaners. Over time, with repeated use, weak spots in your pipe will appear and eventually a rupture will occur.

What to do if you Have a Burst Pipe

First of all, don’t panic! Turn off your water to prevent further damage and call the experts at Magic Plumbing. When we arrive to your burst pipe emergency, we will assess the situation and immediately locate the burst. We will always arrive with the proper tools to complete any job and will work efficiently and effectively to get your home back to normal in no time.

How to Prevent Burst Pipes

A burst pipe can happen to anyone at any time, but there is something you can do to ensure your chances of experiencing a burst pipe are lessened. Purchasing simple pipe insulation from your local hardware store is the best way to prevent burst pipes. It’s quick and easy to install and will protect your exposed pipes from the cold.

While pipes freezing is rarely a consideration in places like San Francisco, old and worn pipes breaking down is a possibility. Have your system professionally inspected, especially if you live in an older home that has the original pipes.

If you are experiencing a burst pipe situation, do not waste another minute. The experts at Magic Plumbing can quickly repair your pipe while limiting the damage done and providing you with excellent and affordable services. Call 415-441-2255 today.

"We had a major sewer line replacement project. Everyone we worked with at Magic Plumbing was professional, knowledgeable and good to work with. I'm happy with the work done."

"The high quality of Magic Plumbing starts at the top with Paul Rowe, whose abilities to analyze and solve problems will only amaze. He manages so well that his workers at all level, skilled and manual, love working for him. They are diligent and careful. In short, this is a great organization because of the people, what they know and how they work."

By: Robert S.
Read More Reviews
What Customers
Love About Us
Convenient Scheduling
Your time is precious, so we will not waste it. We work around your schedule and set up appointment times that are best for you.
Fast, Prompt Service
Don’t worry about late service or no-shows. You can count on us to arrive on time, ready to work.
Problem Solved In One Trip
Enjoy fast turnarounds so you can return to your routine in as little time as possible.
No Mess Left Behind
You won’t have to clean up after us. We treat your home like our own and will leave it cleaner than we found it.
Long-Term Peace of Mind
You can count on our safe, proven solutions that comply with local codes and standards. This leaves you with the peace of mind you deserve.
24/7 Live Answer
Plumbing problems rarely happen when it's convenient; that’s why we’re available around the clock to answer your call. Leave your plumbing emergency to our expert licensed plumbers.
Book Service

Serving The Bay Area For Over 40 Years